When Henk Meutgeert completed his piano studies in 1975 at the academy of music
in Zwolle – Chopin, Schumann and Beethoven resonating still – he was the only
one, together with one of his teachers Frans Elsen, who knew that jazz was going
to play a leading role in his life. Not that he turned his back on classical
music. 25 years later he merged all kinds of music in a sort of synthesis in a
very special way. With his own “Jazz Orchestra of the Concertgebouw ” he
performed regularly, together with the Gelders Orkest, the Orkest van het Oosten
and recently even with the Singapore Symphony Orchestra. At the Noord Nederlands
Orkest and the Limburgs Symfonie Orkest he is guest conductor.

The jazz that sounds in all its forms every month for many years now in the
Bimhuis, temple of jazz in Amsterdam, is produced under the leadership of Henk
Meutgeert as well. Henk Meutgeert is a real builder of bridges, who writes arrangements for his orchestra with unparalleled virtuosity, based on compositions by soloists.
Examples of these soloists, who are guests to the Amsterdam Concertgebouw and
the Bimhuis are Elvin Jones, Joe Henderson, George Coleman and Tom Harrell, but
also Han Bennink, Jean “Toots ” Thielemans, Misha Mengelberg, Guus Jansen and
Theo Loevendie. Henk also brings together musicians who have never played together before. 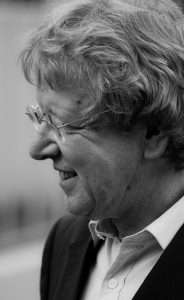 In 1980 Henk Meutgeert was asked to become the pianist for AVRO’s Big Band The
Skymasters, a radio orchestra, that under the leadership of at first Tony Nolte
and later on Herman Schoonderwalt, grew to be one of the most renowned big bands
in Europe. This orchestra even toured through the United States in 1988. During
his time at the Skymasters pianist Henk Meutgeert conducted an incredible number
of jazz musicians from around the world, especially during the weekly radio
program “Swingtime” broadcast from Nick Vollebregt’s legendary jazz cafe in
Laren. Some examples of the impressive musicians Henk Meutgeert worked with are:
Dizzy Gillespie, Mel Tormé, Freddy Hubbard, Clark Terry, Al Cohn, Zoot Sims, Mel
Lewis, Phil Woods, Frank Wess and Johnny Griffin.

The last 15 years of the 20th century, Henk Meutgeert has been a desirable
pianist, composer, arranger and orchestra leader. He often performed as guest
conductor at the Metropole Orkest, for which he also wrote many arrangements.

Under the leadership of Henk Meutgeert and his colleague Jerry van Rooijen, the
orchestra took part in a television production. This production entailed a
composing assignment that was given to both musicians in 1989 by the world
broadcasting services and the Avro, and was given the title “ Nature in
Concert ”. Madeline Bell sang her lyrics and a selection of soloists supported
the production: trumpeter Rick Kiefer, pianist Monty Alexander and tenor
saxophonist Ferdinand Povel. The program was broadcast worldwide through
television. 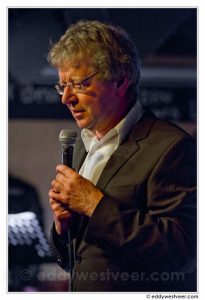 During many years, Meutgeert performed as pianist in the quartet of
saxophonist/clarinetist Herman Schoonderwalt, which could be heard on radioshows
regularly. He also gave a series of concerts of a somewhat educating character. Together
with, among others, singers Francien van Tuinen and Deborah Brown, he performed
the music of Gershwin (and other American composers), and explained about the
music as well.

In 1994, Henk Meutgeert was given a composing assignment to write a suite for a
big band by the EBU (European Broadcasting Union). The result of that became the
“ Eburnian Elephant Songs ”, a composition of five parts, of which the premiere
was broadcast on the radio throughout the whole of Europe.

In 1996 the New Concert Big Band was born. From that year on, Henk Meutgeert
conducted an orchestra of 18 people, mostly young musicians who each conducted a
group themselves as well.
The big band started to perform on Sundays in the earlier mentioned Bimhuis.
Initially, the band performed the repertoire of the conductor himself, later on
also compositions of the members of the orchestra. Weekly changing guests from
The Netherlands and from abroad, and also musicians from the band’s own circles
performed there with the band.
Every guest soloist brought own compositions, which were revised by Henk
Meutgeert especially for his orchestra. Colleagues like Rob Horsting, Johan
Plomp, Jurre Haanstra and Henk Huizinga supported Henk Meutgeert with that.

This way, since 1996, a musical library, which enforces admiration, has been
built. This musical library contains no less then 800 titles, most of them by
the hand of Henk Meutgeert himself.
The success of these Sunday Night concerts did not pass unnoticed by all sorts
of people from the musical world. Martijn Sanders, then the director of the
Amsterdam Concertgebouw proposed for instance, to change the name of the
orchestra into “Jazz Orchestra of the Concertgebouw ” and placed his stage at
the disposal of the orchestra for several concerts every year.
That is how it happened that, since 1999, the Concertgebouw of Amsterdam is not
just the home port of the Royal Concertgebouworkest, but also that of a fixed
big jazz formation.

The Jazz Orchestra of the Concertgebouw under the leadership of Henk
Meutgeert toured in Germany, Southern Africa, Austria, Hungary, Lithuania, Japan
and China and performed in theatres and festivals throughout The Netherlands.
From the season 2009/2010, during the winter season, always from October until
May, the orchestra performed the last Thursday every month in the Bimhuis in
Amsterdam. 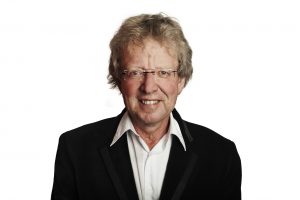 Henk Meutgeert conducted the Netherlands Concert Jazz Band and was chief conductor of the Jazz Orchestra of the Concertgebouw.
He is guest conductor of the Noord Nederlands Symfonie Orkest and the Limburgs
Symfonie Orkest.
He also conducted the Metropole Orkest, the WDR Big Band, the Gelders Orkest and
the Orkest van het Oosten.
He had the lead of several workshops held in Hamburg and Cologne.

Several important musical works from the oeuvre of Henk Meutgeert:

Henk Meutgeert was awarded with the “Bird Award ” during the North Sea Jazz
Festival in 1999 and in the previous year with the “Peter Schilperoort Award ”. 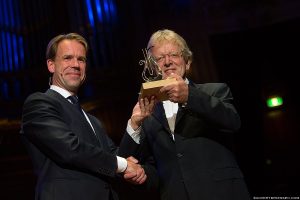